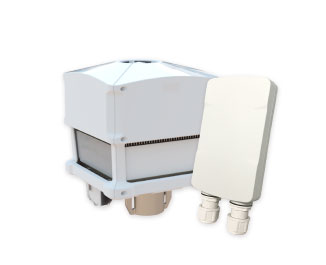 HSINCHU, Taiwan, September 22, 2020 - Edgecore Networks announced today the launch of MLTG-Series, a 60 GHz mmWave PTP/PTMP solution that can deliver multi-gigabit speeds. The MLTG-Series includes distribution nodes MLTG-360 and client nodes MLTG-CN that can be rapidly deployed on available infrastructure, such as street poles or rooftops to create a mmWave wireless distribution mesh network.

“We are excited to build on our partnership with Edgecore Networks and see more Terragraph-enabled solutions brought to market,” said Dan Rabinovitsj, Vice President for Facebook Connectivity. “Offering an easy-to-deploy gigabit solution at an affordable price will help accelerate the availability of ultra-high broadband speeds to communities around the world.”

The MLTG-Series is now available for order.

TT Hsu, Vice President of Edgecore Networks said, “Edgecore’s ecCLOUD is a feature-rich, reliable, and scalable network management solution suited for networks of any size. With ecCLOUD, deployment, management, and monitoring of single-site or multi-site networks can be greatly simplified. ecCLOUD also supports management of a comprehensive product portfolio for service providers and organizations to enjoy the benefit of being able to choose from a wide array of Edgecore products for their deployments.” 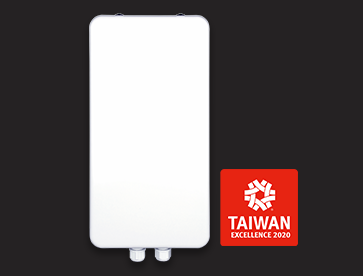 Edgecore Networks, a leading provider of traditional and open networking solutions for enterprises, data centers, and telecommunication service providers, is pleased to announce that the OAP100 – Outdoor Access Point, are named in Taiwan Excellence Awards 2020! This is the second year that Edgecore Networks was selected as "Taiwan Excellence Award" winner, and the award-winning products have been reduced from 472 in 2019 to 418 this year, which enhance the quality and reliability of the award. The judges rewarded Edgecore products as one of the most innovative and outstanding products from more than 1,000 candidates and give Edgecore honored as industry leading indicators.

OAP100 is an enterprise-grade, concurrent dual-band 802.11ac wave 2 outdoor access point, designed specifically to withstand harsh weather conditions by IP68 rated, rust-resistant plastic housing in outdoor and industrial environments. The OAP100 features 2x2:2 MU-MIMO radio that can each transmit data to multiple clients simultaneously, and together have a combined data rate of up to 1.2 Gbps. For built-in 2.4GHz and 5GHz antennas, there are two software-selectable options for different services. 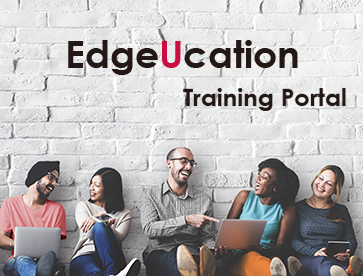 The EdgeUcation Training Program can be easily accessed from anywhere in the world and provides a self-paced learning environment to make the training process more efficient. Moreover, it allows participants to take training courses, track the learning progress, take exams, and get certification to demonstrate their knowledge of Edgecore Wi-Fi solutions – all in one central place at http://training.wifi.edge-core.com/.

The Edgecore ETP has three levels:

Upon completion of the Edgecore ETP, participants will acquire detailed knowledge of Edgecore Wi-Fi product features, as well as the ability to deploy, manage, and troubleshoot a WLAN using Edgecore Wi-Fi solutions.

Enrolment to the EdgeUcation Training Portal is open to Edgecore’s partners who are registered members of Edgecore ETP. For more information on upcoming training events and how to sign up, please contact Edgecore sales representatives.